Straight from the case, these low-labor products fit seamlessly into your meal kits.

Connect with a sales rep

If you’ve been to Tampa, Miami, the state of Florida in general, or really any sandwich shop in the U.S., you’ve probably had the pleasure of eating a Cuban: a hot, pressed sandwich popularized in Florida in the 1800s as a lunch for cigar and sugar factory workers. You may even have one on your own menu!

The Cuban is a special one. It has influence from the melting pot of cultures who lived the areas where it was created. Traditionally, it uses medianoche bread and mojo-marinated pork from the Cubans, ham introduced by Spaniards, pickles, mustard, and swiss cheese contributed by Germans and the Romanian Jews, and (sometimes) salami from the Italians.

“It’s melty and gooey,” says Tony Finnestad, Executive Chef for the Foodservice Group at Hormel Foods. “It’s got a really nice balance of acid from the pickles and the mustard, some nice creaminess from that mustard and also the cheese, and lots of savory notes from the ham and the pork.”

Variations of a Classic

While the most common ingredients found on a Cuban are ham, roasted pork, swiss cheese, pickles, mustard and Cuban bread, giving it a twist can add another source of interest for your customers.

“There’s no reason you can’t play around with it a little bit,” says Chef Tony. Even Floridian shops tend to add this or that. “In Tampa they add salami on the Cuban. In Key West, they use lettuce, tomato and onion. And in Miami: no salami, no lettuce, no tomato, no onion.”

If you keep most of the ingredients the same but swap out one or two, you can stay true to a traditional Cuban while offering something unique. Try some of these variations.

A true Cuban sandwich uses authentic Cuban bread. “Traditional Cuban bread is the best—medianoche bread,” says Chef Tony. “It’s a little bit sweeter so when you brush it, it gets that nice caramelization, good color and good crunch. A ton of flavor and texture.”

Try one of these breads for a unique spin:

To make sure you don’t steer too far away from the original, be sure to press and toast whichever bread you use until it’s warm and slightly crispy on the outside.

It’s important to note that there’s a hot debate between Tampa and Miami (the two cities who claim to have created it) about the addition of salami. Tampa says yes, Miami says never! In the spirit of creativity, we support whatever trail you take.

To give it a protein twist, try these:

A standard Cuban comes with a slice or two of Swiss cheese, but there’s no reason you can’t add a spicier cheese or one with a more robust flavor.

Here are some of our top cheese recommendations:

Most of the time, the only produce on a Cuban tends to be pickles. Occasionally lettuce and tomatoes. But a fresh crunch or sweet chew can give your sandwich a distinct persona.

Try trading pickles for these toppings:

The only condiment on a classic Cuban is mustard, which was probably introduced by the Germans as a spread that didn’t spoil in the Florida heat. The use of mayo is usually frowned upon by traditionalists, but a mayo-mix is an easy way to add a burst of new flavor.

Here are a few condiments to play with: 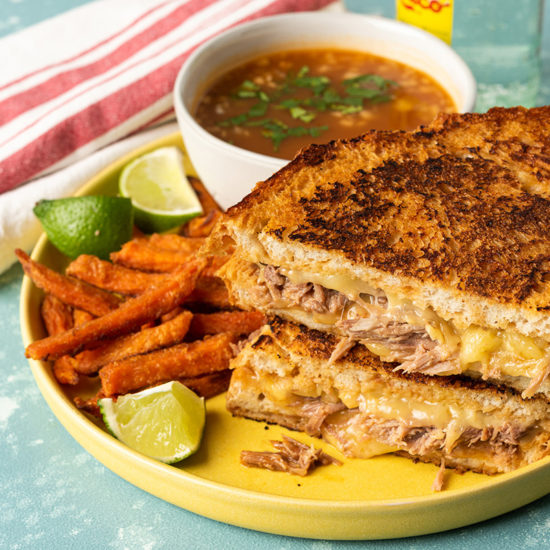 This taco phenomenon is taking menus by storm nationwide—and for good reason. Fall- apart-tender beef and rich, savory consommé is… 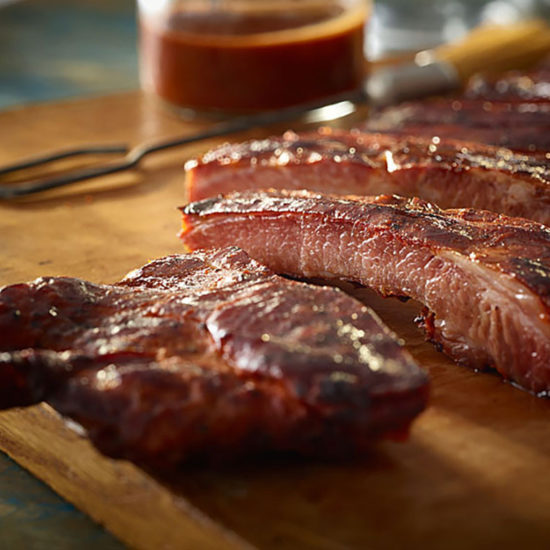 When it comes to the meticulous tradition of smoking meat, the secret is in the wood. Whether it’s Pecanwood, Cherrywood…