Straight from the case, these low-labor products fit seamlessly into your meal kits.

Connect with a sales rep

How Did the Hoagie, Hero, Grinder and Sub Get Their Names?

How Did the Hoagie, Hero, Grinder and Sub Get Their Names?

You might call it a hoagie. Maybe you’ve menued it as a hero. Or a grinder. You’ve likely heard it referred to as a sub. Whatever you call your full-loaf sandwich stuffed with meat, cheese and veggies probably depends on your location. “What makes these sandwiches really special is the regionality,” says Tony Finnestad, Executive Chef of the Foodservice Group at Hormel Foods.

While all of these sandwiches originated on the East Coast in areas with large Italian immigrant populations, each has a unique moment of conception. Let’s dig in.

One of the more well-known terms for this type of sandwich is the hoagie. Originating in Philadelphia, the hoagie was declared the official sandwich of the city in 1992.1

He later opened up a sandwich shop and called his long-roll sandwiches “hoggies.” The theory is that the thick Philly accent in the area eventually morphed “hoggies” into “hoagies.”2

Another possible creation of the name was in the early 1900s. The phrase “on the hoke” was commonly used to describe low-income, scraping-to-get-by types of people. Some generous delis would fill rolls with leftover meats and cheeses and give them to people who were “on the hoke.” These sandwiches became known as “hokie sandwiches,” but Italians pronounced them as “hoagie sandwiches.”3

Yet another origin story comes from Italian immigrants working at a Philadelphia shipyard called “Hog Island” in the 1950s. These workers would often bring long-roll sandwiches filled with meats and cheeses for lunch. Soon after, they became known as “Hog Island sandwiches,” eventually shortened to “hoggies,” and then again likely due to the prominent accent, to “hoagies.”3

If you’re from New York, you probably know this long-roll sandwich as a “hero.”

The earliest record of the name came from a local newspaper, the New York Herald Tribune, in 1936. American food writer Clementine Paddleford noted in her food column that this type of sandwich was so large “you had to be a hero to eat it,” and the name stuck.4

Another common, yet less credible idea is that the term “hero” is a mispronunciation of the word “gyro.” The problem with this story is that gyros didn’t become popular in the U.S. until the 1960s, and “hero sandwiches” were being served well before then. Additionally, gyros first gained popularity in Chicago rather than New York.5

Others claim that the term “hero” was used by armored car drivers as early as 1937 to describe the thick sandwiches they ate while on duty.2

Head to Boston and the general New England area, and you’ll hear it called “grinder.”

Some say “grinders” were named for Italian American dockworkers at New England ports in the early 1900s. These were the men who would sand and grind rusty ship hulls in shipyards before they were to be painted. Like those in the early stories of the hoagie, these workers may have brought long, overstuffed sandwiches for lunch breaks.4

Another possible origin for the word is from the fact that these sandwiches were so large and the tough Italian bread was harder to chew compared to other sandwiches, so you would have to “grind” your teeth to get through a bite.4

Today, the name still sticks in the area, especially in the Connecticut and Rhode Island regions.

Outside of Philly, New England and New York, this sandwich is known as a sub.

This name was probably coined by Italian immigrant Dominic Conti. Dominic owned a grocery store where he also sold sandwiches made on long Italian rolls filled with cold cuts, veggies and two layers of cheese. In 1928, he saw a submarine at a museum, and after noting the similarity of the long vessel to the long rolls he used, he changed his menu to read “submarine sandwiches.”3

In addition to hoagies, heroes, grinders and subs, there are a few more noteworthy regional names. In Louisiana, you’ve got “po’ boys.” In some parts of Boston, you might hear it called a “spuckie.” Wisconsin serves “garibaldis,” while just north of New York City some call it a “wedge.”

We asked Chef Tony to describe his ideal way to assemble one of these sandwiches.

“I like to take the insides of the bread out—you don’t want the bread to overwhelm the rest of the sandwich. You want to have everything proportional. Then you should have some sort of infrastructure to hold toppings, whether it’s a mayo or mustard, to keep the lettuce in place. I like the onions and the rest of the produce after that.”

“And then the meats. I always like the meats toward the top. And you don’t want to add a ton of meat to the point where the customer can’t eat it, or the operator can’t afford to sell it. It’s one thing to look nice in pictures but you also want it to be operationally feasible. And then I usually top it with the cheese.”

We also asked about the perfect amount of ingredients for each sandwich.

“I don’t know if there’s such a thing as too many toppings or too many meats, but what I would say is you want everything to be complementary. And everything on that sandwich should have a purpose, whether it’s for flavor, texture, crunch, acidity, sweetness—everything should play a role.” 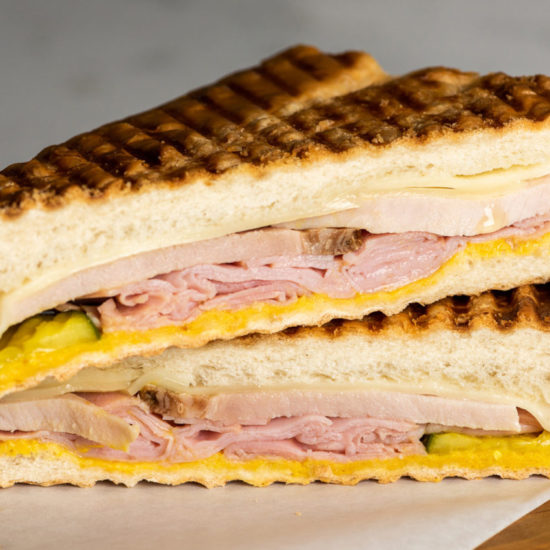 If you’ve been to Tampa, Miami, the state of Florida in general, or really any sandwich shop in the U.S.,… 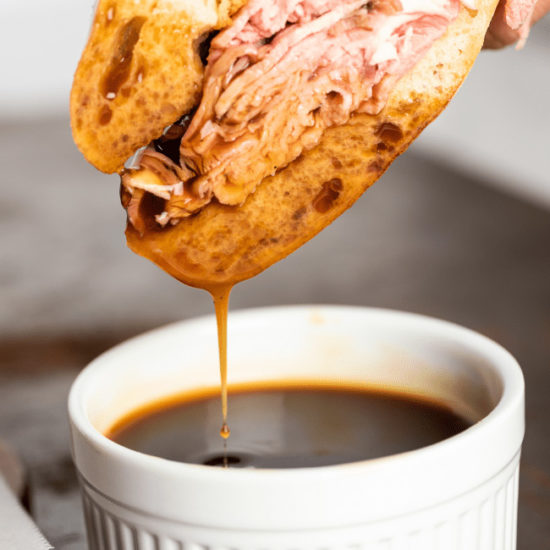 The French Dip: How One Sandwich Owns The Dipping Experience

The French dip is certainly one of the most unique sandwiches on menus like yours today. Take a thick French…